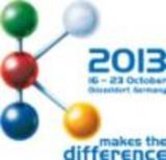 The companies in the plastics and rubber industry came to their most important trade fair in the world, the K 2013, in Düsseldorf with high expectations.

The economic activity in the sector, which had been picking up for months, and the companies’ certainty that they would be able to present pioneering product innovations for all areas of the value chain, had aroused justified hopes for a good trade fair and brisk follow-up business.

The companies in the plastics and rubber industry came to their most important trade fair in the world, the K 2013, in Düsseldorf with high expectations. The economic activity in the sector, which had been picking up for months, and the companies’ certainty that they would be able to present pioneering product innovations for all areas of the value chain, had aroused justified hopes for a good trade fair and brisk follow-up business. And expectations were exceeded during the eight days of the fair. The exhibitors unanimously reported a large number of specific project inquiries, intensive negotiations with trade visitors from all over the world and a remarkable number of sometimes spontaneous business deals, including several in the millions.

Ulrich Reifenhäuser, Chairman of the K 2013 Exhibitors ‘Advisory Board, draws an extremely positive balance: “We did not expect the visitors’ willingness to invest in such strength! The many innovative products and applications that premiered in Düsseldorf attracted the greatest attention from the specialist audience. And the innovations were not only admired, many concrete negotiations have already been conducted and contracts signed. Many customers are expanding their capacities and investing in new technologies in order to assert themselves in global competition. We are very confident of strong follow-up business and anticipate continued growth for our industry ”.

This assessment runs through all areas of the fair and was shared equally by the more than 3,200 exhibiting raw material producers, processors and machine builders. The exhibitors particularly emphasized the once again increased internationality and the high professional competence of the visitors as well as the fact that an above-average number of top managers had made the trip to Düsseldorf.

The roughly 218,000 trade visitors at K 2013 came from well over 120 countries. Werner Matthias Dornscheidt, Chairman of the Management Board of Messe Düsseldorf, and his team are delighted with the excellent response: “Once again it became very clear: K is and will remain the most important event in the plastics and rubber industry! Completely new technologies and materials premier here as well as sophisticated further developments, and this is the place where these innovations are ordered. The willingness to invest was particularly high among the international guests at K 2013, with every second visitor coming to Düsseldorf with specific purchase intentions. Even if the size of the delegations from the individual customer companies is slightly decreasing, no company that manufactures or uses plastic goods has missed the opportunity to experience today’s innovations and tomorrow’s trends at K 2013 ”.

The results of the visitor survey corroborate the assessment of the exhibitors that the internationality of the guests has increased again: 58 percent and thus around 126,000 experts were of foreign origin. Almost half of all foreign visitors came from overseas – they even came to Düsseldorf from Angola, Burkina Faso, the Falkland Islands, Yemen, Malawi, Nepal, New Caledonia, Oman, Peru and Turkmenistan. As expected, the proportion of trade visitors from Asia represented the largest group among the foreign visitors – around 30,000 specialists had come to the Rhine from South, East and Central Asia as well as from the Near and Middle East. The guests from India were once again the largest group; the proportion of trade visitors from China, Indonesia, Iran, Japan and Taiwan has increased significantly.

There was also a significant increase in the number of visitors from North America: around 8,100 participants were registered from the USA and Canada, around 1,300 more than at K 2010. Around 11,000 specialists came from Latin America, about as many as three years ago. The largest contingents came from the experts from Brazil, Mexico, Argentina, and Colombia.

There was also a gratifying increase in the number of visitors from South Africa, with around 2,000 guests from there.

Among the guests from neighboring European countries, the Netherlands dominated with 8,000 visitors, followed by France, Belgium, Great Britain and Italy. Interest from Poland, the Czech Republic and Hungary has increased noticeably.

The proportion of managers among the trade visitors was above average across all national borders: around two thirds belong to top and middle management. Well over half have a decisive or decisive influence on investments in their companies. The high proportion of visitors from research, development and construction is also remarkable.

Solutions for resource conservation and energy efficiency dominated many product launches, the endeavor to produce environmentally friendly and at the same time inexpensive, characterizes the industry. Mechanical and plant engineering, the largest exhibition area at K 2013 with around 1,900 exhibitors, was also the focus of visitor interest: Almost two thirds of all guests surveyed stated that they wanted to find out more about the innovations in this sector. For 42 percent of the trade visitors, the presentations of the raw and auxiliary material producers were primarily of interest, 22 percent primarily paid attention to semi-finished products and technical parts made of plastic and rubber (multiple answers possible). The visitors came from all important user industries – from the construction industry and vehicle construction to packaging, electrical engineering and medical technology to agriculture. Overall, the visitors to the K 2013 gave top marks for the range in the 19 exhibition halls: 96 percent assured that they had fully achieved their visit goals.

The special show at K 2013 with the title “Moving Plastics” also met with great interest from experts from all over the world. Here it became clear what contributions plastics make to a “life in motion”. It was about the direct contributions of plastics to the different facets of mobility, but also about emotional movement, e.g. through art and design. Future-oriented questions about the big issues of population growth, energy demand and climate change were also addressed. For the opening of the stand on 16. In October, ex-Foreign Minister Joschka Fischer spoke on the subject of sustainability. 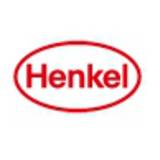 Ahlhorn | December 18, 2012 From the 1st In February the prices for products from Henkel increased by an average... read more

Continuous use temperature APTIVTM Foils offer a UL RTI value of 220 ° C for mechanical use without impact forces... read more 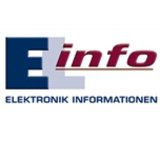 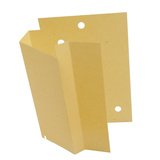 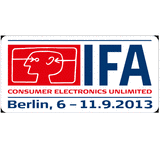 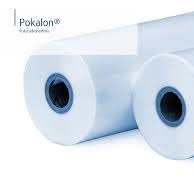 Pokalon polycarbonate film, which was offered in the past by Lofo High Tech Films GmbH, will in the future... read more 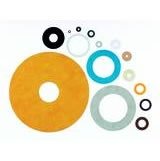 Ahlhorn | 10.11.2010 The Dr. Dietrich Müller GmbH supplies a wide range of punched and molded parts made from adhesive... read more 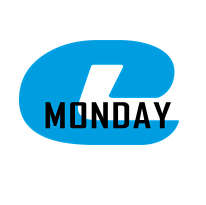 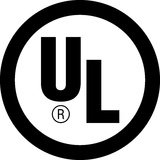