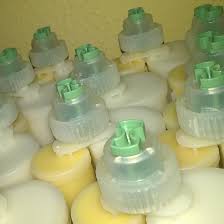 An attempt is always made to transfer the heat from electrical components into a heat sink or heat sink via improved contacts. dissipate into an assembly that functions as a heat sink.

Gap fillers are thermally conductive, liquid applied materials. These thermally conductive gap fillers are often applied by metered mixing of a two-component system with a metering system. Silicone-based, polyurethane-based or acrylate-based systems are often used as the basis. The silicone-free gap filler systems based on polyurethane or acrylic are increasingly used.

When these materials have been applied, the gap filler hardens. Once cured, the material forms a firm but compliant interface that draws heat away from the electronic components, resulting in longer life and higher performance.

They are often used as a replacement for thermal pads because they achieve lower thermal impedance and allow more design flexibility. The gap fillers are also well suited for the large-scale production of electronic components such as batteries, inverters / converters, motors and power electronics.

What is a gap pad?

Gap pads are soft, elastic, relatively thick mats with heat-conducting properties. Due to their material thickness and elasticity, Gappads compensate for height differences between components. Here, too, silicone-based, polyurethane-based or acrylate-based systems are often used as the basis. The silicone-free systems based on polyurethane or acrylic are increasingly used.

The low self-adhesion of the gap pads, which can be achieved through special settings, enables simplified pre-assembly in many cases. Self-adhesive versions of the Gappads can also be used where stronger adhesive forces are required. It is important to ensure that the adhesive matches the system, i.e. that silicone-based, polyurethane-based or acrylate-based adhesive systems are used.

In our article Silicone adhesive vs. Acrylate adhesive let’s compare both adhesive systems.

What is the difference between gap fillers and gap pads?

Gap fillers are often applied by mixing a two-component system that is applied to one of the two substrates (e.g. electronic component). This component is then brought together with a heat sink until a certain thickness is reached. The material then forms a firm but compliant interface. It is also possible to fill existing cavities with gap fillers so that no pressure has to be exerted.

Thermal pads, on the other hand, are pre-cut into a desired shape, applied to a substrate, pressed together to the set thickness and fixed.

The applied compressive load forces the firm but resilient pad to make close contact with the rough surfaces of the heat sink, circuit board, or component. In contrast to solid heat-conducting pads, gap fillers flow into the small valleys, seal surface roughness and create closer contact with the surface of the individual components. This enables more efficient heat transfer between the upper and lower substrates through the use of the gap filler.

If one compares the most important properties of the two types, the relative costs for the use of thermal pads are high due to the resulting costly rejects. In contrast to the gap fillers, the gap pads are first made in the form of mats and then punched or plotted. This inevitably creates more waste. In the case of gap pads, air pockets are more common because they cannot reach the tiny spaces created by the surface roughness.

Gap fillers are the answer for design flexibility, as the hardness and processing time can be adjusted via the mixing ratio of the two parts of the gap filler. And when it comes to applying the product, the large form factor gap pads can be difficult to apply without trapping air, and automation is difficult. On the other hand, gap fillers are well suited for large-scale production.

However, it must also be taken into account that the automation of gap filler processing is also associated with costs. Often our customers decide in a first step to use pre-assembled gap pads in order to later rely on the automated processing of the gap filler in a large-scale project.

How can you increase the curing speed of a gap filler?

To increase the cure speed of most gap fillers, potting materials, and / or adhesives, the temperature of the part to which the materials are applied must be increased. This can be done with an oven, heat lamp, or induction heating. The parts can be preheated to the desired temperature, or the material can be applied first and then the part heated.

As a general rule of thumb, the curing speed roughly doubles for every 10 degrees Celsius increase in temperature. It should be noted that in the case of rigid materials, increasing the rate of cure increases the risk of creating high internal stress in the material, which can affect its mechanical strength and its ability to withstand thermal and / or mechanical shocks.

Basically, we recommend that you be very careful in determining the temperature profile, since in addition to damage to the actual gap filler materials, damage to the electronic components can also occur.

Which thermal conductivities can gap fillers or Gap pads can be reached? 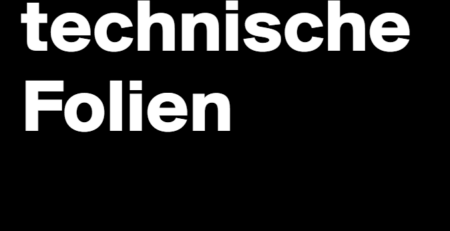